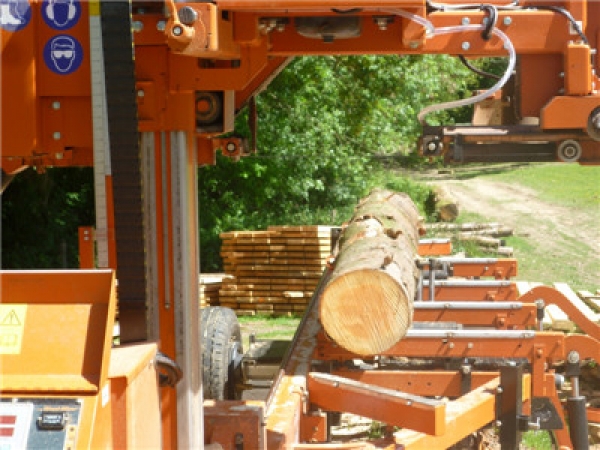 The sawmilling sector is the backbone of the Malaysian wood-based industry. The conversion of saw-logs into sawn timber releases several gases into the atmosphere, and these may contribute to environmental burdens as well as environmental impacts. By Geetha Ramasamy, Jegatheswaran Ratnasingam, Edi Suhaimi Bakar and RasminaHalis, Universiti Putra Malaysia, and Neelakandan Muttiah, Energy Consultants

The Malaysian wood-based industry began in the early 1900s. While it was primarily focused on meeting the domestic demand at the time, it has been transformed into a large, export-oriented industry, producing a wide variety of value-added productions. The industry has gained a prominent socio-economic status by contributing more than RMB20 billion in annual export earnings and providing employment to almost 226,000 workers over the last few years. In 2011, a total of 3,975 manufacturing entities were operating in the Malaysian wood-based industry.

Sawmilling produces sawn timber and wood waste that are exploited by the other wood-based industries to be further processed into value-added products, such as furniture, wood-based panels, moulding and joinery. Since the implementation of the first Industrial Master Plan (IMP) in 1986 by the Malaysian government, the sawmilling industry has been accorded less importance.

With a reduced supply of saw-logs from natural forest in the country, which practices sustainable forest management (SFM), the capacity for utilisation of wood within the sawmilling industry in Malaysia has also suffered.

Furthermore, the technology used in the Malaysian sawmilling sector is old and obsolete. In general, sawmills fail to modernise and automate because of a lack of finances. It has been noted that the different characteristics of the tropical hardwood and softwood saw-logs, together with the variable market demands for these sawn timbers, makes the application of new technology in the Malaysian sawmilling sector uneconomical.

The electrical energy consumed during the sawmilling processes is generated off-site at power stations that burn fossil fuels. During the sawmilling process, a substantial amount of thermal energy is also produced on-site. The combustion of fossil fuels for energy generation discharges gases, such as carbon dioxide, methane, nitrous oxide, mono-nitrogen oxides—which include nitric oxide and nitrogen dioxide, carbon monoxide, sulphur dioxide, non-methane volatile organic compounds, and particulates to the environment. These gases have a negative impact on the environmental air quality.

It is widely believed that the effects of sawing softwoods is less environmentally damaging compared to hardwoods, although no conclusive reports are available at this time. In addition, the emission of several gases subsequently impacts the environment in the form of global warming, acidification, human toxicity, ozone depletion, photo-oxidant formation, material depletion, energy depletion and eutrophication potentials. Consequently, the issue of environmental performance from the sawmilling industry has become a topic of intense debate at the national and international levels.

Although alternative materials, such as steel, plastic and concrete, can replace wood for many applications, this practice is not desirable, as these materials have been reported to contribute to greater environmental burdens compared to wood.

The first sawmill, referred to as sawmill A, is the biggest sawmill in Peninsular Malaysia. Sawmill A was set as the base scenario for the study. Meanwhile, the second sawmill, referred to as sawmill B, is a medium-sized sawmill. The purpose to include medium-sized sawmill in this study was to determine any notable differences from resource consumption to environmental performance when compared to sawmill A.

Small-size sawmills do exist, but mills of this type provide custom wood products only. In addition, smaller mills tend not to keep accurate production records, and even some of the large hardwood sawmills did not have primary mill data requested.

The sources of energy used in the sawmilling activities were identified as electrical energy and diesel fuel energy.

The use of resources in sawmilling activities consequently discharges the wood residues, carbon dioxide, methane, nitrogen dioxide, mono-nitrogen oxides, carbon monoxide and sulphur dioxide in different types and quantities into the environment.

The off-site electricity was generated from the burning of fossil fuels in the conventional power stations. Meanwhile, diesel fuel was combusted on-site, especially for transportation activities. Fuel comprises carbon, sulphur, nitrogen and other compounds. Inevitably, these components were emitted into the environment in different amounts, depending on the quantities and types of fossil fuel used. The release of these gases as a result of fuel consumption is categorised as anthropogenic emission, which is related to environmental burdens.

The saw-log’s density, length, diameter, volume, moisture content as well as the dimensions of sawn timber produced, for both wood species, were different. The observations in this study with regards to the variability in the energy consumption, particularly electricity, for light red meranti and dark red meranti saw-logs was likely caused by the differences in saw-log characteristics and physical properties. Increasing the saw-log’s length and diameter would require additional energy during the cutting processes. Furthermore, cutting small dimension sawn timber would increase the energy demand.

Saw-logs of higher density require more energy and more material for a given cutting volume. In the meantime, the sawing volume of dark red meranti in both sawmills was higher than the light red meranti, which explains the higher use of diesel fuel energy.

Perhaps, the difference in the saw logs characteristics, physical properties, and number of logs does not have strong influence in the variation in energy consumption. As a result, the weak variability in the consumption of electrical and diesel fuel energy between the light red meranti and dark red meranti did not show any significant difference in the discharged amount of carbon dioxide, methane, nitrogen dioxide, mono-nitrogen oxides, carbon monoxide and sulphur dioxide.

The release of carbon dioxide, methane, nitrogen dioxide, mono-nitrogen oxides, carbon monoxide and sulphur dioxide is capable of impacting the environment. Based on this fact, the potential environmental impacts were evaluated.

The findings indicate that the global warming, acidification, human toxicity, eutrophication and photo-oxidant formation potentials showed a mean difference between the sawmills and wood species. A statistical analysis was performed in order to determine any significant difference for each of the potential environmental impacts between the test factors. As the normality for each of the potential environmental impacts was observed to be acceptable, MANOVA statistical test was applied for further analysis.

Rate this item
(1 Vote)
Tweet
More in this category: « Following The Peninsular Malaysia Footprint Sustainable Management：Global Perspective »
back to top 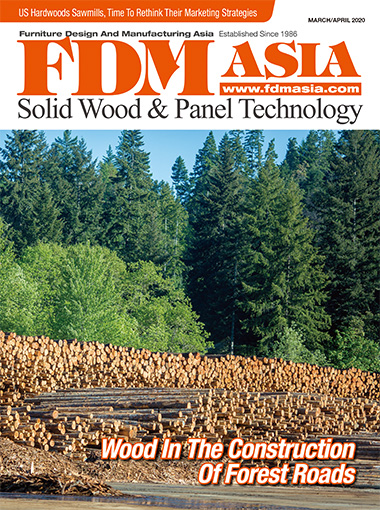