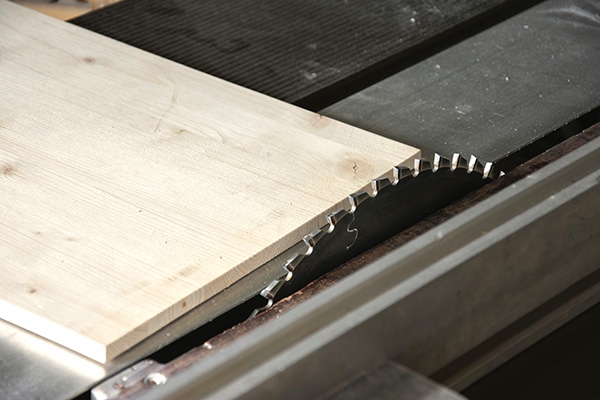 A lot of waste is generated when cutting panels to size. If cutting plans are created with simple software tools or even by hand, a lot of savings potential remains unused. Professional software solutions such as AutoPanelSizer help to minimise waste and optimise workflows. By Thomas Reuke, senior software developer, Fraunhofer SCAI

Cutting optimisation is an important issue in the woodworking industry. In the past, cutting plans were created by hand, but now most people are aware of the advantages of a computer-generated solution: to achieve cutting plans that are as efficient as those created by software, a worker needs many years of experience.

Unlike software, a human cannot consider all constraints and optimisation goals simultaneously. In addition, manual optimisation always involves time and costs. Automatically generated cutting plans, which are also material-efficient and easy to execute, save time and money and thus offer a competitive advantage.

Many companies, therefore, use computer-aided optimisation today. However, if very simple or outdated software tools are used that take insufficient account of the complex tasks involved in cutting, a great deal of optimisation potential still remains unused.

In many cases, material utilisation can be increased if several jobs are mixed during cutting.

To be able to conveniently sort the produced parts afterwards, the software must take destacking criteria into account. Also, an option might be to add parts from follow-up orders with a later due date, in order to create more efficient cutting plans.

To keep the stock of remainders as small as possible, remainders should be used preferentially in subsequent optimisations. It should also be noted that panel sizing saws are always offering new functions for faster cutting.

These production capabilities should already be taken into consideration when creating the cutting plans.

There are many other constraints depending on the application situation or machine type. In addition, cutting optimisation cannot be regarded as a detached work step. Rather, it is part of an increasingly interlinked process chain, in which not only low material consumption is important, but also manufacturing costs and production times must be optimised.

Therefore, it is worthwhile to use a professional cutting optimisation, which is usually operated on-premises, i.e. locally on site, but can also be part of a cloud solution.

Cutting As Part Of A Process Chain

Even a professional program must be well integrated into the rest of the software and machine landscape because a separate tool represents a weak point in the increasingly digitalised process chain of panel processing: If the data of the parts to be produced is transferred by hand from software to software or passed on to the saw, the risk of errors increases and valuable work time is wasted.

In contrast, optimisation programs that interface with data management and the saw enable a continuous flow of data. Machine manufacturers often sell such programs together with their saws. Software providers offer cutting optimisation as part of their ERP or MES system.

These optimisation programs are often not developed by the saw and software providers themselves, but come from companies specialised in optimisation.

Saw and software providers can thus seamlessly integrate the calculation kernel into their own solutions and graphical interfaces and add required additional functions such as label printing or a stock management system themselves. The provider of the calculation kernel, on the other hand, can completely focus on the quality of the optimisation results.

The AutoPanelSizer software from the Fraunhofer Institute SCAI is such a pure calculation kernel that can be integrated into other applications. For example, the software runs in the cloud solution of a major machine manufacturer. Other partners of the research institute distribute the software together with graphical planning tools.

The interfaces of the software are kept general enough that the software can easily be integrated into other systems and applications. Machine properties and production specifications can be set individually. The cutting plans generated with the software achieve a very high material yield even with just two cutting stages.

The software reduces waste even further by means of recuts and head cuts, a third cutting stage and the consideration of optional parts.

The software is continuously extended with new features. The new version 4.0 has just been released. It is significantly faster than its predecessor and can also integrate stress release cuts into the cutting layout.

For further improvements of the software, the development team draws on many years of experience and a broad algorithmic knowledge in the field of optimisation.

The software does not necessarily have to replace an existing optimisation, but can also complement it in order to offer users the best and most versatile solutions possible.

Rate this item
(11 votes)
Tweet
More in this category: « The Impact of Job Insecurity on Employee Happiness at Work: A Case of Robotised Production Line Operators in Furniture Industry in Lithuania Granulometric Characterisation Of Wood Dust Emission From CNC Machine »
back to top 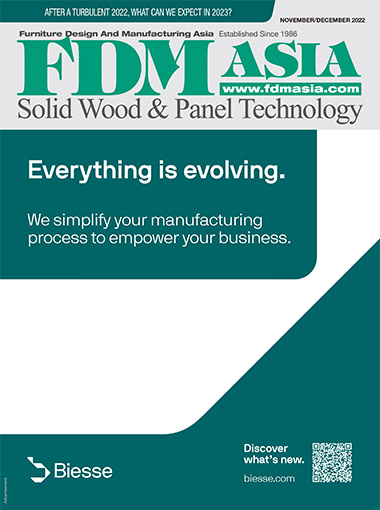